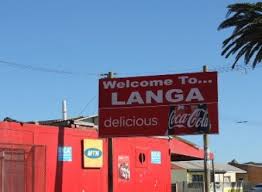 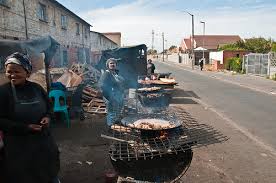 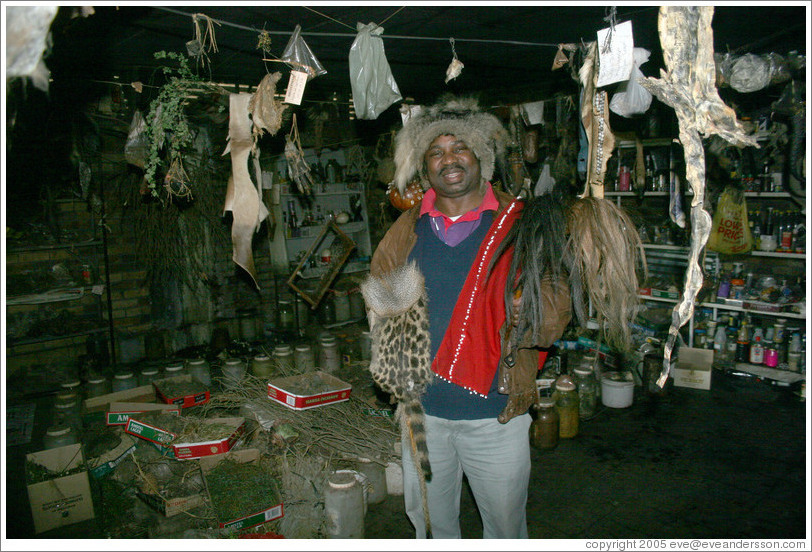 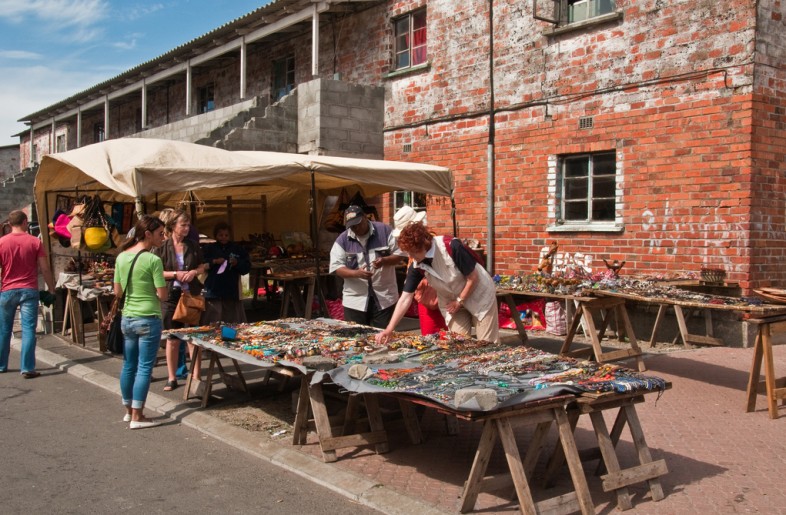 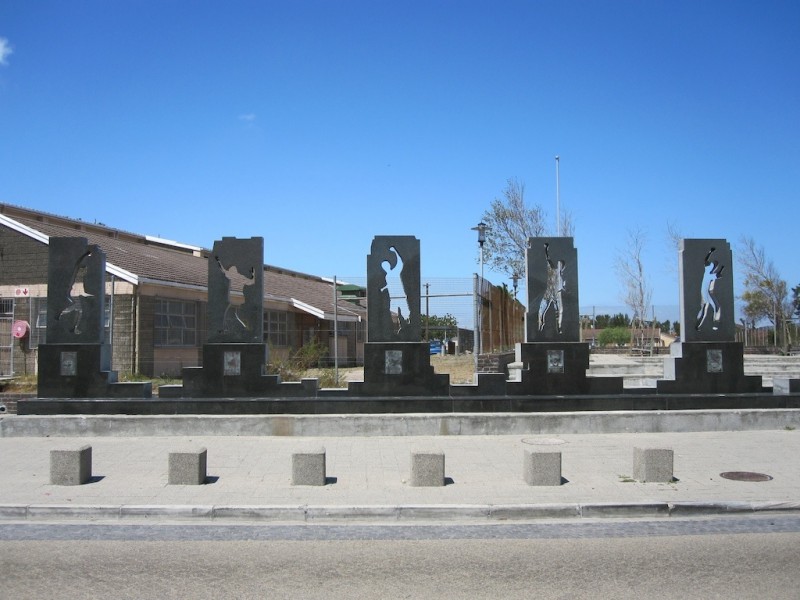 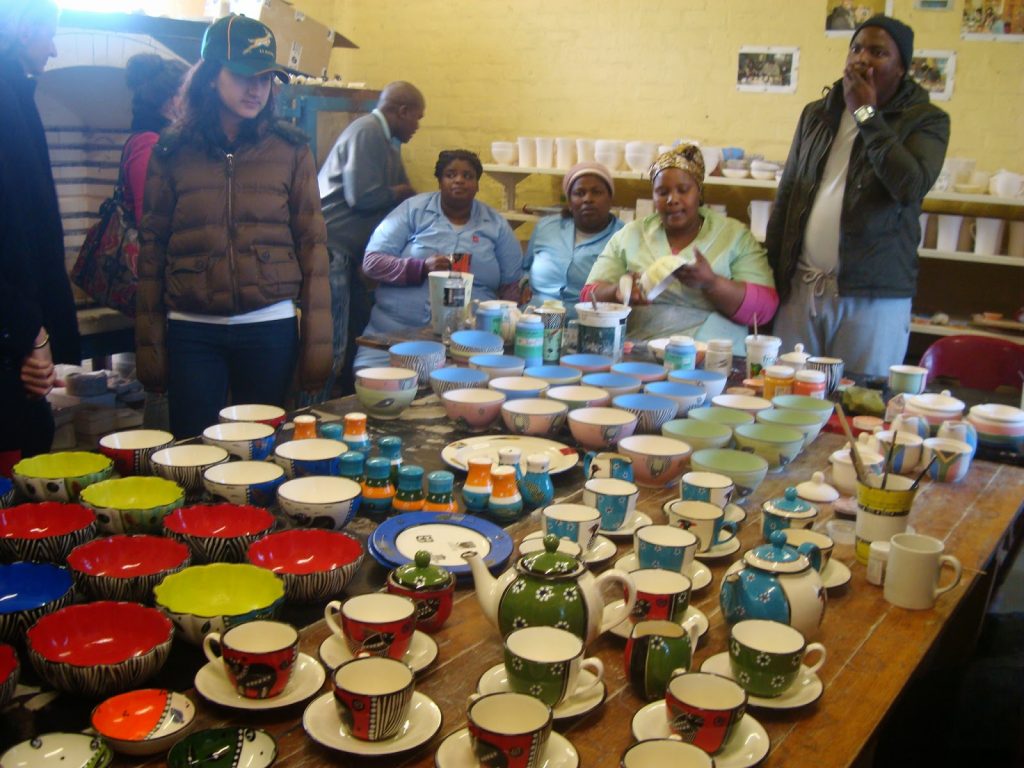 The Cape Town Langa Township tour will start with a visit to the District Six Museum in the Cape Malay quarter of the City Centre and then proceed to the Langa township, South Africa’s oldest township established in the 1920’s when the Urban Areas Act was passed, forcing black people to live in certain locations. The true highlight to this township tour will be the hour long walk in the Langa where you will be able to interact with the incredibly strong people, who decided to take their future into their own hands.

You will see how many people try to make a difference within their communities and that they contribute to a better future for the townships. You will also experience the sangomas, traditional healers; smileys, shop at local market; drink sorgham beer and visit a local kindergarten. On this tour we will also be visiting two additional townships such as Gugulethu and Bonteheuwel.

The start of this township tour will depart from your hotel within the Cape Town City Centre before we visit the District Six Museum. A place that offers a wide range of artistic images that provides a depiction of the formerly thriving residential area of the District Six comprising of an estimated 60 000 people that were forcefully removed and relocated to the Cape Flats by the old Apartheid South African Government. The Cape Flats was originally residential areas for the unwanted coloured and black people, leaving behind their precious homes where memories were created both of joys and sadness.

On this township tour you can acquit yourself with the history of this great sin against humanity. After time spent at the District Six Museum the township tour will continue with a drive to the Langa township. This is South Africa’s oldest township named after Langalibalele a chief from Natal who was imprisoned in Robben Island for rebelling against the Natal government before being released to a farm in close proximity to the township’s site named “Uitlig”. With the formation if the Langa township his named was adopted as the ideal black residential area.

Within the Langa township we will be doing a walking tour where you will be able to meet and interact with the local people and visiting a local community school as well as a shebeen (a pub) where traditional beer is brewed and tasted the traditional beer is known as “umqombothi” made from sorghum malt, maize and yeast. The township will proceed with a visit to some of the local markets, arts and craft centres and the traditional healer also known as the doctor of the community. This is where you will learn how one of the oldest African “clinics” functions and to learn about traditional cures for different sicknesses.

The township tour does not stop in Langa, we will make our way further to the township of Gugulethu we drive through the area with your guide giving you some insight about the historical and present Gugulethu township. Within Gugulethu you will be able to see the Gugulethu Seven statues, which represents the men swallowed by the Apartheid regime as well as learning about the story of Amy Biehl as you enjoy the unique view of the township that houses predominantly black people.

After our visit to the Gugulethu township the tour will conclude with a drive to the coloured township known as Bonteheuwel to afford you the opportunity to get a glance of the predominantly coloured township with its colorful buildings and free spirited people ready to give you an experience of a lifetime.

Expand/Close
“I don’t want to be a voyeur”, seems to be the most common concern that causes a deter for visiting the townships

There are so many reasons to visit our townships but we will focus on two reasons only. The first reason is the economic benefit for the township residents. Township Tourism creates jobs, driving down unemployment, putting bread on the table for many South Africans. The second reason concerns you the traveller. Bosch Travel and Tours will facilitate a profound personal and interactive cross cultural experience, helping to promote an understanding that whilst we are different, we are all the same in so many ways.

What is a township?

A township is the generic name for one of the many areas in South Africa that were designated for black and coloured (mixed race) Africans during the Apartheid era. Today, townships are essentially “suburbs” of the bigger cities

What is a township tour?

As the name implies, a township tour is a guided tour of a township that provides you with a close-up view of how the township residents really live

Who will conduct the township tour?

All our township tours are conducted by registered and qualified tour guides who have also grown up and live within the townships. Bosch Travel and Tours is a locally-owned business that provides opportunities and employment to people in the township and we aim to show our guests not only the challenges but many of the exciting developments that are taking place within the townships

Will we meet the locals?

Absolutely! This tour is aimed at meeting and interacting with real people in the townships

What will we see?

What you’ll see on every tour is different, but common sights include: local shops and restaurants, the different socio-economic areas within the Langa township, civic and community buildings and so on

What does the local community think of tourists and tourism?

The local people are welcoming of tourists and tourism. They both benefit and learn a lot from meeting the visitors who come to the townships

What should I bring/not bring with me?

Bring an open mind. Do not bring valuables, such as big cameras. You can bring your phone or a small camera to take photos. Comfortable shoes are recommended for walking

Why should I choose your company for a township tour?